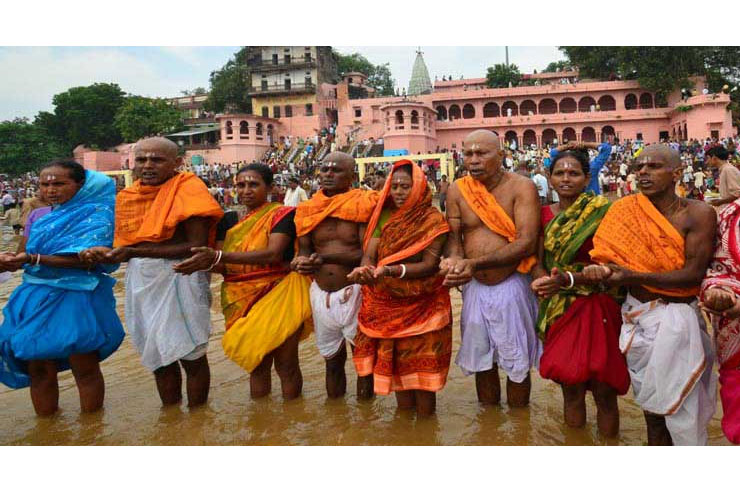 In Hinduism it is believe that when some body die the soul is still wondering around in the search of “Moksha “because just body leaves after the death and no one can get moksha in this world .the reason behind this is attachment with the family , affections, relatives , friends etc.so the soul does not the liberation .as result being bodiless it get pain. so there is pind pradhan that means if the successor of the dynasty perform pind danam at Gaya, Varanasi and Allahabad the soul that is wondering around will get a place in the heaven and bless the family for getting a place .

When and where to have Pind daan !

Varanasi Pind daan Once in a year in the month of Ashwin there is special fifteen days that falls in the month of October known as pitri paksha when every one whose parents have passed away can offer pind daan at Varanasi ,Gaya and Allahabad  also known as prayag . It is believe that first you should start with Kashi or Varanasi where pisach mochan temple is located for the pind daan ,after the bathing at the pond people offere the pind daan in Kashi Varaassi .and then at Ghat on the sore of the river Ganges. 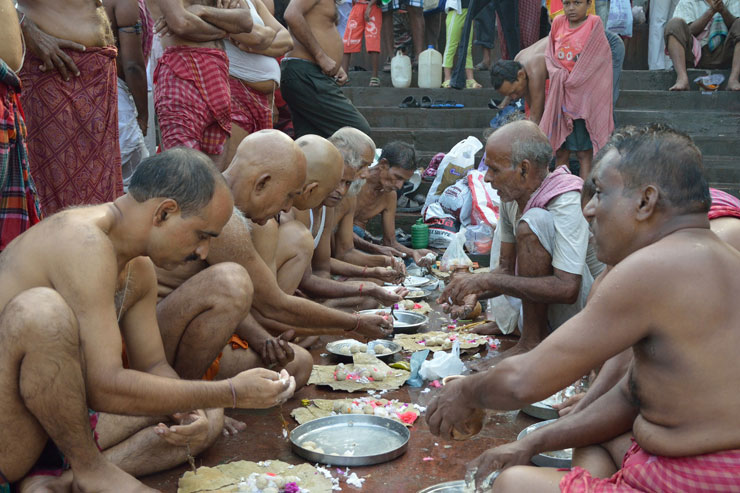 Allahabad Pind daan  at  Sangam where three rivers meet known as Ganga , Yamuna and Sraswati .get tonsure done and offering of pind daan take place with special tirth purohit usully sitting under the umbrella on the boat .you don’t need to book priest well in advance you can get there and after the pind daan you must bath at sangam. Usullly people leaves their clothes but it’s not mandatory .

Gaya Pind daan after Varanasi people usully leave for Gaya which is located in the estern state of Bihar where Vishnu pad temple and Mahagauri temple are . according to the legend Lord Rama with his beloved wife sita perform pind daanam for his ancesstors so please check out our pind daan tours .