Must Things to do in Varanasi

Things to do in Varanasi is not as numerous as to do lists in other cities, yet a few of them get overlooked by those planning a trip to this town. Varanasi is as old as human civilization is. The ancient city nestled at the banks of River Ganges is located in Uttar Pradesh. One of the seven holy cities in India, Varanasi was also known as Banaras and Kashi. From birth to death, every aspect of earthy existence and some say even salvation is achieved only in the 5000 year old city. The experience of the city cannot be limited to words.

Two worlds come together in Varanasi and each one spectacular in their own way. The beating heart of Hindu culture, pilgrims believe that the city offers moksha (liberation from the cycle of birth and death). And then there are overtures of modernity in activities such as the evening arti which is a spectacle on grand scale. 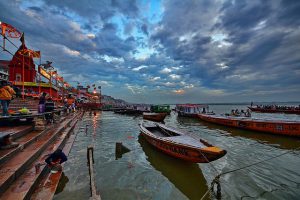 The holy Ganges River supplies Varanasi with a spiritual charm with Rowing boat rides during the dawn is perhaps one of the best things to do in Varanasi. The ride along Ganges River is few of the experiences of Varanasi you shall cherish for a lifetime. It takes one through different Ghats and former palaces situated close to the banks of Ganges, giving a panoramic view of this River and the region. Witness the Hindu rituals being observed.

The best time to enjoy boat ride of the Ganges River is the dawn hour as well as the dusk hour. Early morning from 5:30 AM to 8 AM is a good way to see the sun rise and the city engulf you in its charm. A sunset boat ride especially during the aarti is also spectacular. 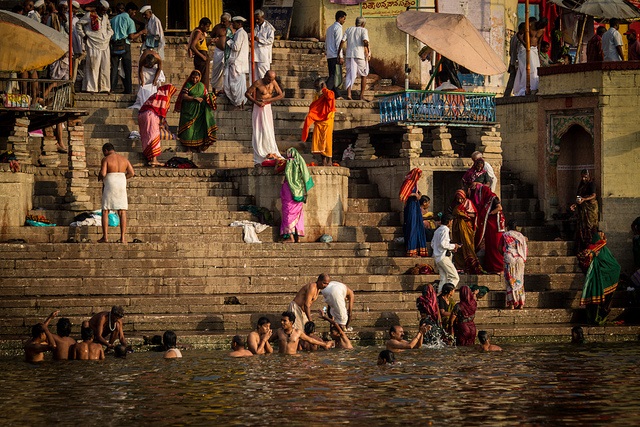 The holy Ganges River supplies Varanasi with a spiritual charm. The waters of Ganges River are blessed. The divine river offers salvation to everyone who bathes in the water. Pilgrims from all over in the world no matter their age take a dip in the water to absolve their sins and attain moksha, liberation form the cycle of birth and death.
Varanasi has more than 84 Ghats with stairs leading to the waters. Bathing can be seen since the crack of dawn. People chant prayers to appease river Goddess.

Rendezvous with Gods at temples of  Varanasi 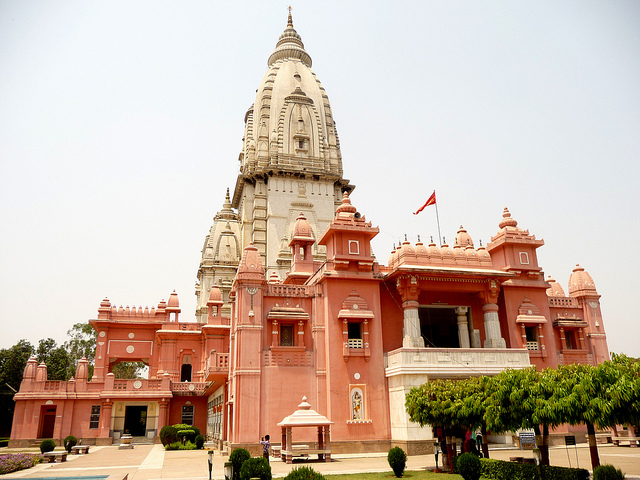 Owing to their religious significance, temples feature high on the list of things to do in Varanasi. In the holy land of gods, the temples of Varanasi are supposed to offer a direct rendezvous with gods. The ancient city has a temple in every nook and corner. Some temples are associated with legends of Hindu mythology and many are built to honor their faith. The architecture of the temples are of note. The spiritual ambiance is soul-cleansing and definitely worth your time.

The most popular of the temples here is the Kashi Vishwanath Temple. Encased in two gold domes the temple was built in 1780 by Queen Ahilyabai Holker of Indore. A Jyotirlinga of Lord Shiva known as the Vishwanath is enshrined in here. Other popular temples are the 18th-century Durga Temple, Annapurna Temple, Ankatha Temple, Kalbhairav Temple, Mritunjay Mahadev Temple, Tulsi Manas, Sankatmochan, Bharat Mata Temple, etc.

A Sunset Stroll Along The Ghats 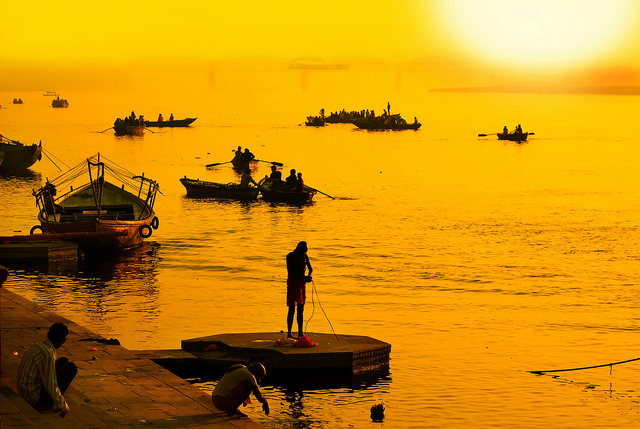 The Ghats along the River Ganga in Varanasi is the most charming sight in the holy city. Strolling along the Ghats at sunset hours is an unrivaled experience. Exploring the Ghats is one of the best things to do in Varanasi. The city has almost a hundred Ghats, the steps of each leading to waters of River Ganges. These are bathing Ghats, praying Ghats and cremation sites for Hindus from all over the world.

Dashashwamedh Ghat, associated with two Hindu mythologies is one of the best places to explore. Some of the other major Ghats include the Assi Ghat, Mata Anandamai Ghat, Manikarnika Ghat, Munshi Ghat, Raj Ghat, Scindia Ghat, etc. Tulsi Ghat is believed to make people get rid of leprosy and is highly revered by all. 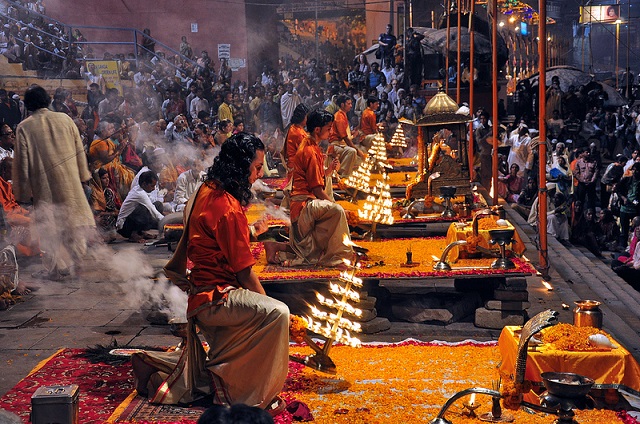 When we talk about things to do in Varanasi, the evening Aarti does feature as one of the top activities when you are visiting Varanasi. The Evening Aarti Ceremony at Ganges River in Varanasi is undoubtedly a sight you shall cherish for a long time. The surreal ceremony must be viewed from the Dasawamedh Ghat. Witness the beautiful rituals unfold themselves in front of your eyes and spellbind you. Brass lamps of large sizes of almost 4.5 kgs are used during the spiritual greeting. Chants, aromas of flowers and incense creates a heavenly blessing.

The dusk sky shines with radiance of divine. The Aarti ceremony is performed every evening 45 minute ritual is held at 6:45 PM.

Looking for weavers village in Varanasi? 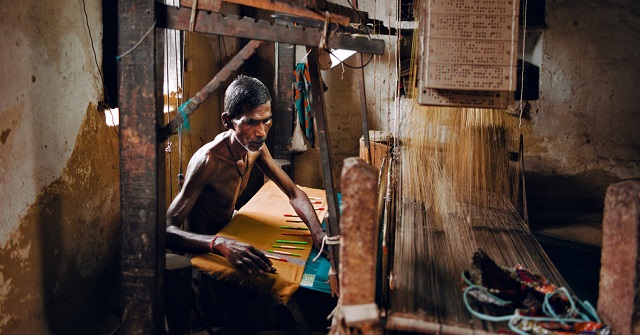 The weavers of Varanasi are internationally renowned for creating some of the most beautiful masterpieces. The Sarai Mohana village is the weavers’ village is well known for its silk weaving. The Banarasi sarees made by these waivers are among the finest saris in India. Known for their gold and silver brocade or zari, fine silk and opulent embroidery. These saris are mostly used by Indian bride.

In the village of Sarai Mohana, get to know with the craftsmanship of the weavers with their dissimilar design. These weavers work hard on designing these sarees to keep its individuality. The masterpiece of the sari needs 15 days to a one month and sometimes up to six months to complete.

Go for a Sightseeing Tour of Sarnath 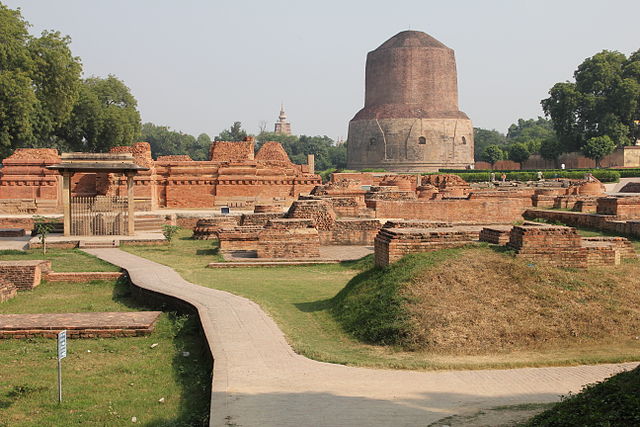 Sarnath is located just 12 km from the holy city of Varanasi. The holy site of Sarnath is popular because this is where Gautama Buddha first taught the Dharma after his enlightenment. One of the four holy Buddhist sites, the relics of the area draw visitors in huge numbers.

Having faced destruction at the hands of Turks, there are some fascinating ruins to explore. The Dharmekh Stupa is impressive. Dating around 200 BC the pillar is 128 feet high, and 93 in diameter. Mulagandhakuti Vihara mark the place where the Buddha spent his first rainy season in meditation. The Ashoka Pillar at Sarnath has some interesting carvings. Six national temples have been built by various Asian communities, including a Tibetan temple and Sri Lankan temple. The Archaeological museum of Sarnath is worth exploring as there are treasures housed here. 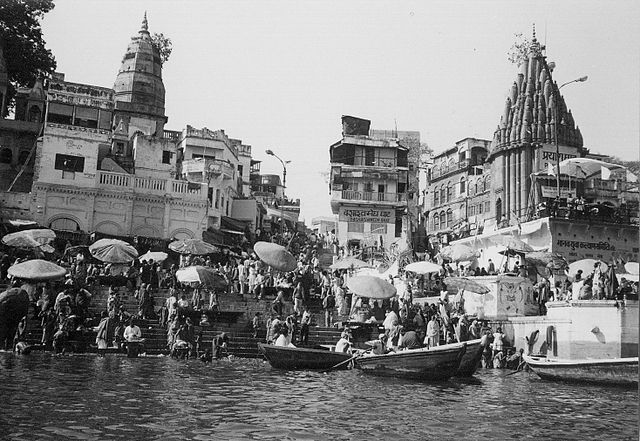 History has been written in every era Varanasi has seen. Every period of time has left behind some intriguing remnants.The Gyan Vapi Well, the Well of Wisdom is believed to shelter the linga from the original Vishwanath Temple, which was sabotaged by Mughal emperor Aurangzeb in the 17th century.

The Benaras Hindu University, founded by Sanskrit scholar, Madan Mohan Malviya houses the famed Bharat Kala Bhavan Museum. Browse through its rich collection of Indian paintings dating between 11th century and 20th century and are about 12000 in number.

Ramnagar Fort located across the river beyond the Assi ghat was built in the 17th century. It has been the home to royals of Varanasi for over 400 years. Although almost in ruins today, the palace still retains its charm and memorabilia. 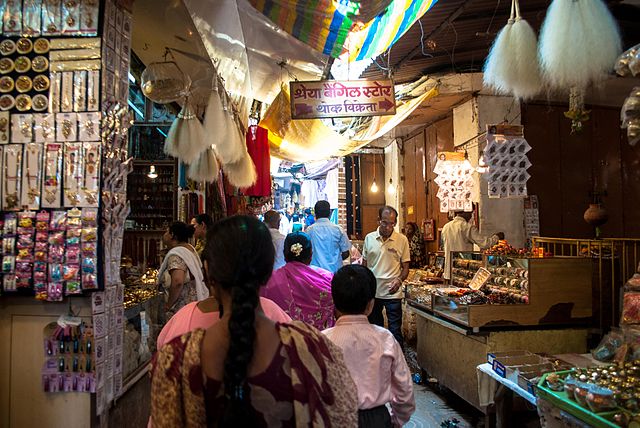 Shopping in Varanasi is a great way to bring home memories of the holy city. The city is widely famous for its silk saris and ornate jewels, visit the local market to explore the plethora of colors, intricate pattern and elaborate design.
Apart from saris, one can buy shawls, carpets, stone inlay work, bangles and idols of Hindu or Buddhist deities. The main shopping areas to explore in this city include Vishwanath Lane, Thateri Bazaar, Chowk and Godowilia. 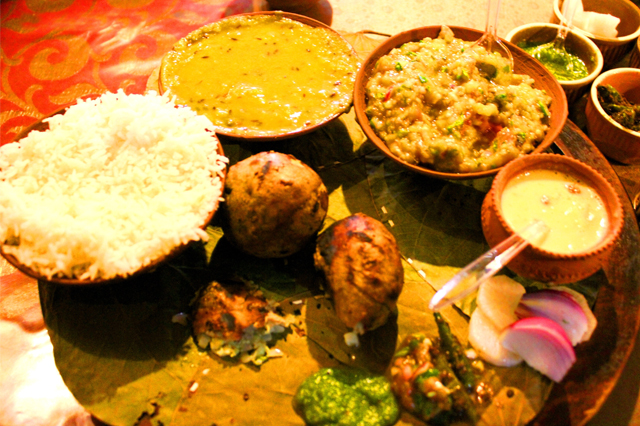 Food in Varanasi is a gastronomical experience. Relish the wide assortment of mouth-watering delicacies. The streets of Varanasi present you with the most famous food and various specialities unique to this city.  The famous snow cone, roasted peanuts, the delicious chat items like Tamatar Chat, Pani Puri, Kachoris, Aloo Tikki, variety of sweets like Jalebis, Banarasi Kalakand, Rabri, etc. Another famous treat of Banaras is their Paan. It is a speciality of Varanasi made of betel leaf and should be definitely on your list.

Places to Visit near Varanasi 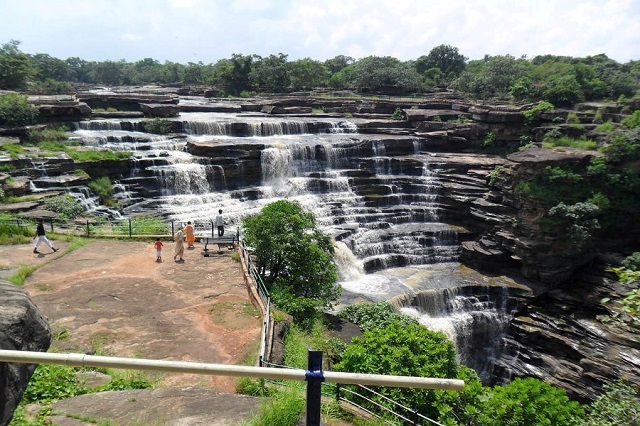 Lying in the heart of India, Varanasi is almost at the center of the country. There are many places to visit near Varanasi. Visitors cannot leave without touring Vindhyachal, one of the 64 Shaktipeeths. Check out Chandra Prabha Sanctuary endowed with beautiful picnic spots and blessed natural beauty. Chunar Fort and Jaunpur is of interest to architectural historians. There also some charming ruins of Hindu, Buddhist and Jain temples. Ram Nagar Durg Puja is also an amazing place to explore. 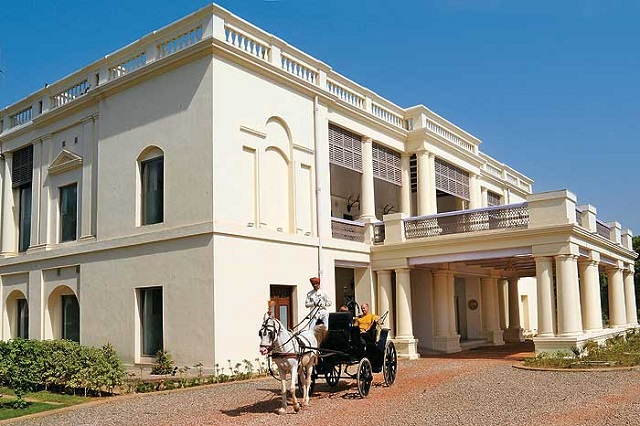 Varanasi is visited by people throughout the year. From all walks of life people visit the holy city for numerous reasons. Every visitor in the city cab choose from options of hotels suiting their budget and other requirements. Some old hotels date back to the era of Rajas and Maharajas in India. With ancient overlooking terraces and palatial accommodations to budget lodgings with all requisite facilities, there is always enough options to choose from Hotels in Varanasi. 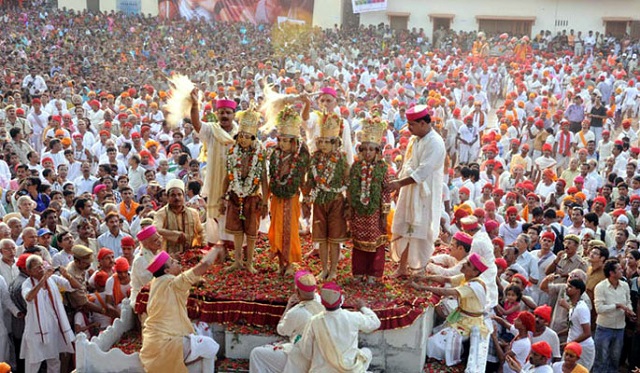 There are many fairs and festivals in Varanasi that are celebrated during different times of the year.

Bharat Milap (Oct-Nov) celebrates the homecoming of Lord Ram to Ayodhya after 14 years in exile and is held a day after Dussehra.

The Ramleela is an enactment of the Ramayan and goes on for an entire month during October-November.

The Dhrupad Mela is a 5 day musical festival held in March, performed on the Tulsi Ghat and attended by renowned artistes.

The best season to visit Varanasi is between October and March when the temperatures are a in a comfortable range of 5-15 degrees Celsius. The winter months are also when festivals are celebrated with enthusiasm in Varanasi. Dussehra and Bharat Milap are celebrated in quick succession in September/October followed by the festival of lights, Diwali. The Ganga Festival also takes place in November where people come from far and near to pay respect to the holy river Goddesses.

The summer and the monsoon falls in months of April to September/October and it gets really hot at this time.

How to Reach Varanasi

Varanasi is can be reached by air, railways and road networks.

The nearest airport to reach Varanasi is Lal Bahadur Shastri Airport, 25 kilometers form the city center. Regular domestic flights as well as flight from Kathmandu and Thailand are available. From the air terminal; buses, auto and cabs are easily accessible to the city.

Varanasi Railway Station enjoys regular connectivity of trains from all over India. Mughal Sarai Railway station, 10 kilometers from the city also offers train options to numerous destinations in India. The railway station lies close to the city. Autos and cabs take you to any destination in the city.

The road network to reach Varanasi is wonderful. By road the city is connected to major cities of Uttar Pradesh and neighboring states. State-run buses, private air-conditioned buses run on the route. Cabs can be booked for hassle free travel.