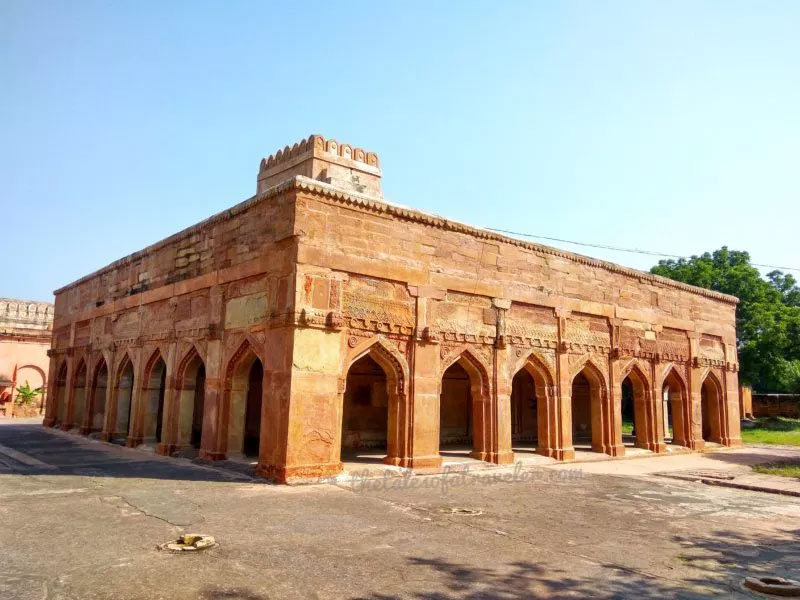 The Chunar Fort was bulit by Maharaja Vikramaditya, the King of Ujjain for his brother Raja Bhartihari. As per Alha Khand, King Sahadeo made this fort as his capital and renamed as Nainagarh in 1029 AD. This fort was  Built and rebuilt several times,.  In 1177 AD Chunar first came into prominence, when Prithviraj Chauhan established his fort here. Later, the fort was ruled by Mughal emperor Babar in 1525 AD and then Sher Shah Suri took ruled over the fort in 1532 CE. In 1575 AD, Akbar recaptured this fort and then it passed to the nawabs of Awadh in the 18th century. Finally in 1772 AD, British ruled over at this fort till the India got independence .

This fort has river Ganga from two sides and it is famous for natural beauty and historical event and its area is  spread 34000 sq ft. This fort is solid structrue which stand on rock and made of sand stone in Vindhay range .

the prime attaraction of Chunar fort are Samadhi pf Bharathari , Sonwa Mandap , Hanging PLace  Bunglaw of Warren Hastaimgas . there is well of Lover which was constrcuced by  Kind Vikramaditya and there is underground tunnel which connect  to  Raigarh and Vijay garh .