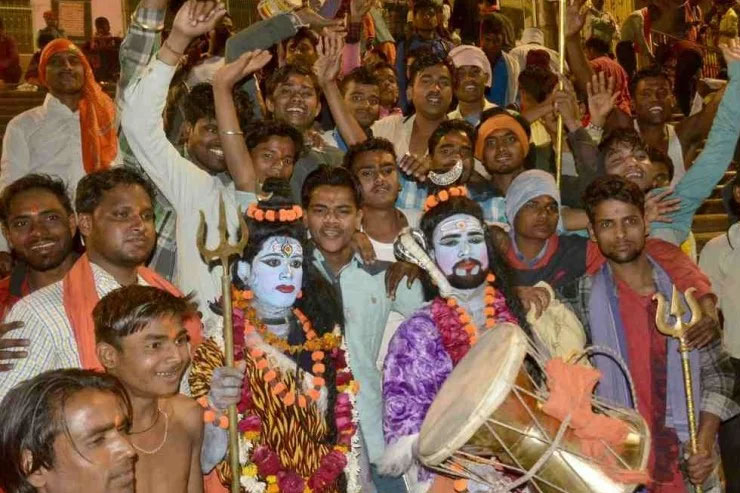 Maha Shivrarti  is one of the biggest event in Varanasi where each and every shiva’s temple, get decoarted and this festiva of lord Shiva celebrated with full enthusiasm in Varanasi.

You can celebrate the maha shivrati 2020 in Varanasi  and can be the part of biggest celebration of this ancient city where each and every temples of Lord Shiva  celebrate his wedding anniversary of Lord Shiva.

Varanasi is dotted with a large number of temples. Maha Shivratri in Varanasi is celebrated in honor of Lord Shiva, the presiding deity in most of these temples. This festival is particularly popular with women who pray to the lord to be blessed with a husband like him. In Indian mythology, Shiva is an ascetic god which is why ascetics also participate whole heartedly in the worshipping and merry making.History of the Maha Shivratri in VaranasiAs per the myth Lord shiva who shave our world .when there was big competeion between Deva and Ashura for the getting from the ocean .and when it was the turm of Deva they got the poison and Gods frightened because of the posion and Shiva who came at front and consume the venom and save the wold and He became nilkanth .This festival of shivratri is celebrated for this occasion .

How to celebrate  Maha Shivratri in Varanasi

One can celebarte festival of Mahashivratrin in Varanasi by visiting one of the temple ,where you could perform the Rudrabhishekam in side temple on Shivalaingam . Rudra is another name of lord Shiva and ashishekam is his prayers .Vaaranasi is speciallly  clebaretd this festiavl and you can go any of the shiva temple and its importance is the same .you can  get Milk, Honey , Levasves , Flower , bilw ptra , Bhang etc and you with priest  you can perfom  the rudrrabhsiekamon shivalingam .Local people usuly fast  for the day and pray their detsues of Lord Shiva. and also they perform the pooj at their restinace .

This festival take place through out the day touirst ,or Pilgrims take a bath at Holy river Ganga and take Ganga jal (water) in container and pour om Shivalina in any temple in Varanasi and chant the mantra “Om Namah Shivay ” Local people drink Thandai which is made out of curd with some dry fruits and some people drink bhang lassi .

This is year Maha Shivarati is on  21st Feb 2020 . we have some special  tours  click at the link for more details Shivaratri festival tours Package     and maha Shivratri Varanasi