best palaces to visit near Varanasi with family 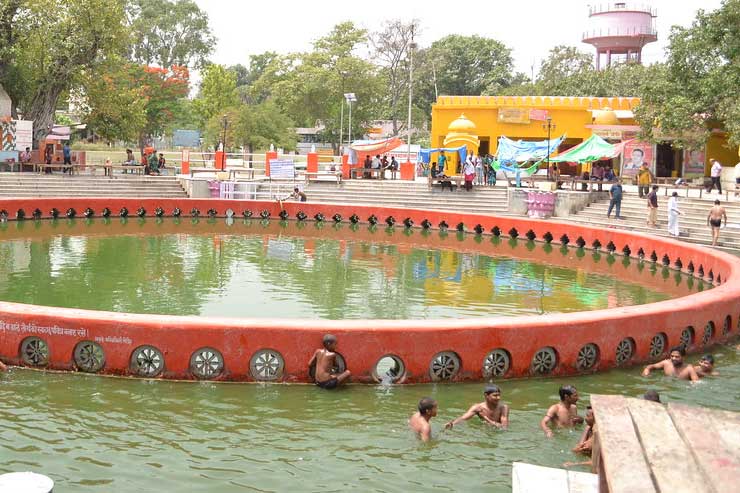 Varanasi  being the religious city  considered and often referred to as a holy city  of the country. We have often heard that there are several best places to visit near Varanasi  with family, friends, your partner, and even alone. Varanasi is not just known for this but for its completely different lifestyle and also for a lot of other reasons.

Varanasi  has an ideal location when it comes to traveling to different cities in India. There are many weekend getaway destinations around the city and several spots to soothe the vacationers.

There are several captivating, interesting, and engaging tourist places around Varanasi keeping all sorts of travelers engaged.

One of the main important Hindu cities in India and considered as the city of Kumbh mela which take place on the shore of holy rivers Ganga , Yamuna and Sarswati one of the largest gathing of human .Prayagraj is also known as Tirthraj the king of tirtha or pilgrimage. this is the city where every year Magh mela take place and there is assembly of saint on sand for the whole month known as Kalpvas .

there are many sacred holy sites in Ayodhya which can be covered as part of tour such as Hanuman Grhi , Sugriv Bhavnan , dsarath Mahal , Sita Rasoi , Kanak Bhavan etc .please check out Ayodhya Special tour Package

One of the Buddhist special destination where prince Siddhartha got enlightened under Bodhi tree in Bodhgaya which is in Bihar now .This city is around 250 km from Varanasi near Gaya where famous Mahabodhi temple is located and one of the important pilgrimage city for Buddhist travelers .

This is the city when price Siddhartha left his home and went to search of peace and medititaed for many years under this tree and dwelled in the city area and that become a holy sites for Buddhist . there are so many Buddhist monuments and Buddhist monasteries over there .

This city is located in Bihar where people come for the offering pind prdhanam on the bank of Falgu river .this is the historical city where Lord Rama pay tribute to his father while he was on his exile with his beloved wife sita . Gaya has famous Vishnu pad temple where foot print of Vihsnu can be seen there situate on the bank of falgu river .there are many other holy shrines are at Gaya such as Akashay Vat temple , Mangala Gauri temple , Sita kund etc .

This city is located in the sitapur District of Uttar Pradesh which is one of the religious city where Lalita devi temple is apart from other many important sites .Naimisharayana has so many significance of Hindus .there are so many temples and shrines such as Vyass Gadi , Hanuman Gaddi ,Tirth Chakra etc